Despite the wet conditions over the weekend of June 11th and 12th hundreds of people visited Astwood Bank Open Gardens and helped raise well over one thousand pounds that will be distributed amongst local charities and organisations. 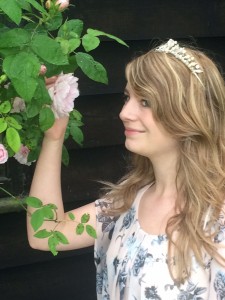 As one of many events arranged by the Astwood Bank Carnival group the event was also attended by members of the recently appointed Carnival royalty. Carnival Queen Jess Davies seen here smelling the roses said how wonderful all of the gardens looked and how she could see all of the effort the gardeners had put in to putting on such a magnificent show.

Carnival princesses Anna Smith and Sophie Lightfoot were also out and about visiting many of the gardens but also admiring some of the displays installed by the Astwood Bank in Bloom group. 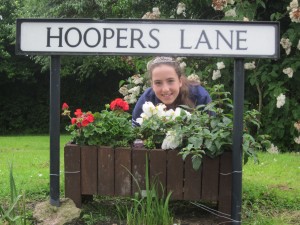 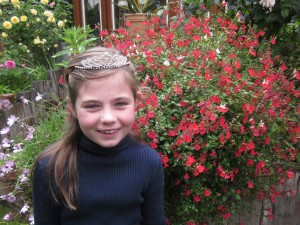 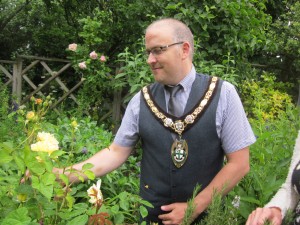 The event was also supported by Mayor Joe Baker and Councillor Jayne Potts.

Lesley Jones, who organised the event, was delighted with the amount of money raised despite the disappointing weather, and how far people came to see the gardens, noting that we had visitors from north Birmingham, Solihull, and Kidderminster as well as many local residents discovering many new gardens and areas of our village that they don’t normally see. Many of our gardeners commented that although it had needed some extra effort to get their gardens ready they were delighted to not only have visitors to appreciate their efforts, but they had done their bit in raising much needed funds for the local community. 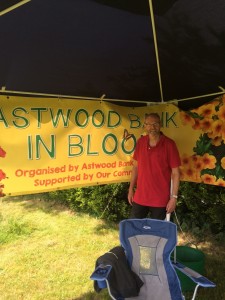 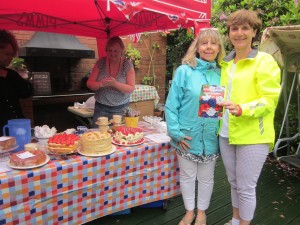 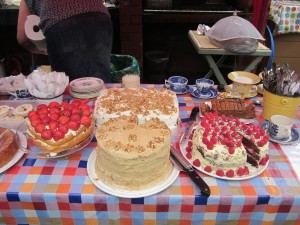 Some Refreshments that were on offer! 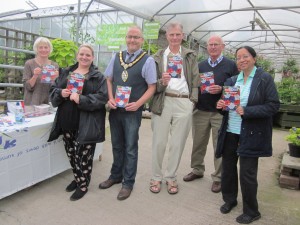 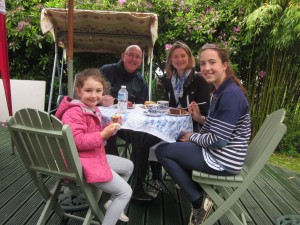