Review of Astwood Bank Carnival weekend 2017
A combination of great attractions, brilliant participation by the public, and near perfect weather ensured that the 30thanniversary of the Astwood Bank Carnival was a great success.
Events kicked off with a highly successful sell-out Barn Dance on the Friday night. A spokesman said “I think we could have sold this event out twice over, so when we start to look at planning next year we’ll be discussing how we can make sure even more people can join us on the Friday night event.”
Saturday morning saw the arrival on the Carnival field at SE Davis of hundreds of participants getting ready for the procession around the streets. With the roads in Astwood Bank closing at midday arrivals at the Carnival field were coming thick and fast with over thirty stalls being erected, the fairground rides being set up, and the main arena attraction of the Wye Valley Axemen getting themselves ready. 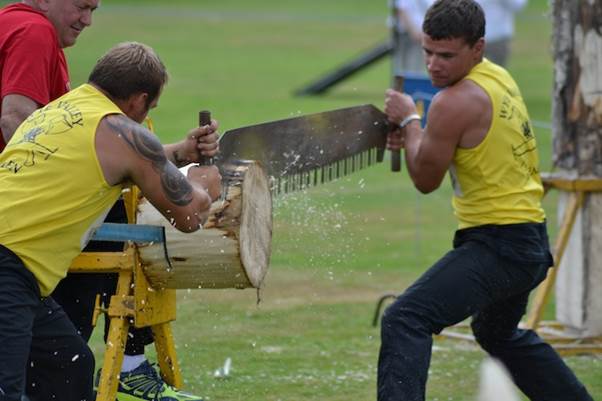 The procession was led by this year’s Carnival Royalty being taken around the streets in a horse drawn lander, which in turn was followed by two limousines with a number of dignitaries in them including Rachel Maclean MP and Mayor Jennifer Wheeler. They were then followed by 10 beautifully decorated floats as well as a selection of traction engines, American muscle cars and marching bands. Half way round the procession they were then joined by eight walking groups. Thousands lined the bunting decorated streets and cheered on all participants but in particular the winners of the Best Float competition, Matchborough 1st Scouts, and the winners of the best walking group Tiny Tribes. Later the Carnival Royalty voted on the float from 1st Matchborough as being the ‘Best in Show’ entry this year
Not long after the procession had returned to the Carnival Field the crowds were thrilled by the flypast of an RAF Battle of Britain Memorial Flight Lancaster bomber, and then were kept entertained by everything from the fun dog show, to the air rifle shooting, to the acts in the two arenas. As ever the beer and tea tents were extremely popular on what was a perfect family day out for many.

After the crowds had gone home the Chair of the Carnival Committee Ashly Hewitt reflected on the weekends events. “This has to have been one of the most successful and happiest Carnivals we have been able to put on. Our thanks go not only to the many local businesses who support us on being able to put this on, the Carnival Committee members who put in so much work throughout the year to make this happen, but also the public who make the whole thing worthwhile. After all of this we then are in the privileged position of having funds that we are able to share later in the year with local groups and charities to help put even more back into our community. Here’s to our next event, a Murder Mystery evening on Friday 6th October.”