Ridgeway Academy was the scene of a Headmaster’s murder in early October. But do not fear it was a fun evening played out by the excellent Astwood Bank Operatic Society members. With twists and turns, and much humour in the plot, the audience, packed into the school hall, were asked to identify who they thought was the murderer or was its murderers?Well to find out who did it you really had to be there!

The photo below shows the cast getting into character ready for their debut performance of ‘Who killed the Headmaster?’ 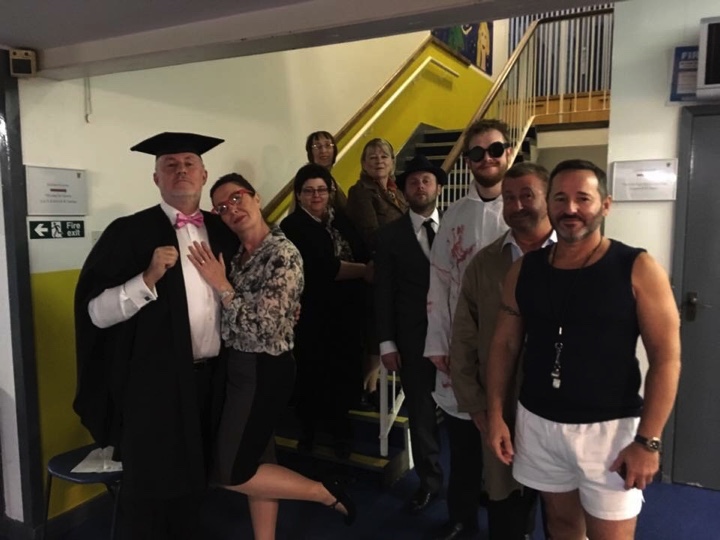 With well over 100 tickets sold for the event, that was very kindly sponsored by local travel experts DMC Travel Consultants Astwood Bank, the evening raised significant funds to put into this year’s Carnival pot.

Lesley Jones who organised the event was over the moon with the level of support the event received. “There are so many people to thank for putting on such a successful evening. To start there is Ridgeway Academy for providing us with access to all of their facilities, DMC Travel Consultants Astwood Bank as our event sponsor, the Redditch Rotary Club for manning the bar, the Carnival Committee for helping me get this event organised, and last but certainly not least the Astwood Bank Operatic Society, without whom there would have been no murder!”