Along with our main attraction we shall many other attractions including rides, entertainment, stalls and competitions together with music and a licensed bar.

Be Part of Carnival Field

To apply for your stall on Carnival Field, please complete the application forms or contact Charlotte at field@astwoodbankcarnival.co.uk.

Main Attraction: Horsemen of the Knight

This year’s carnival entertainment has a spectacular edition of the Horsemen of the Knight. 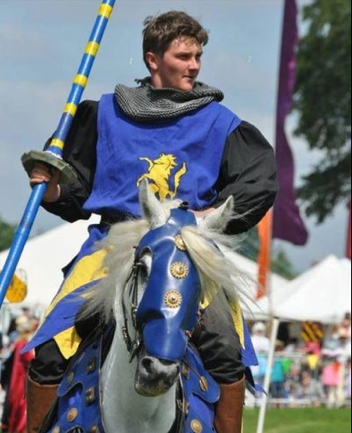 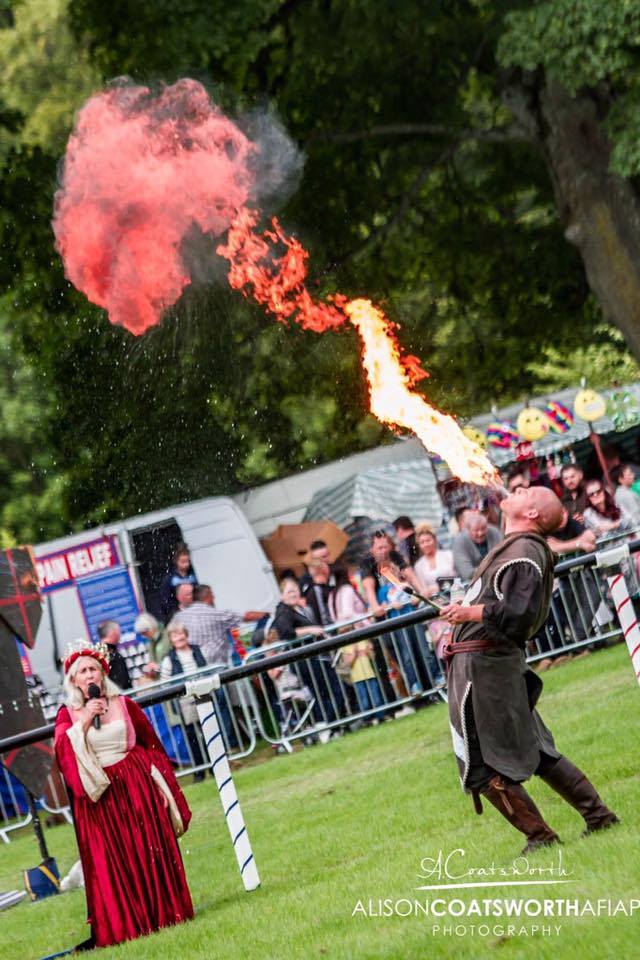 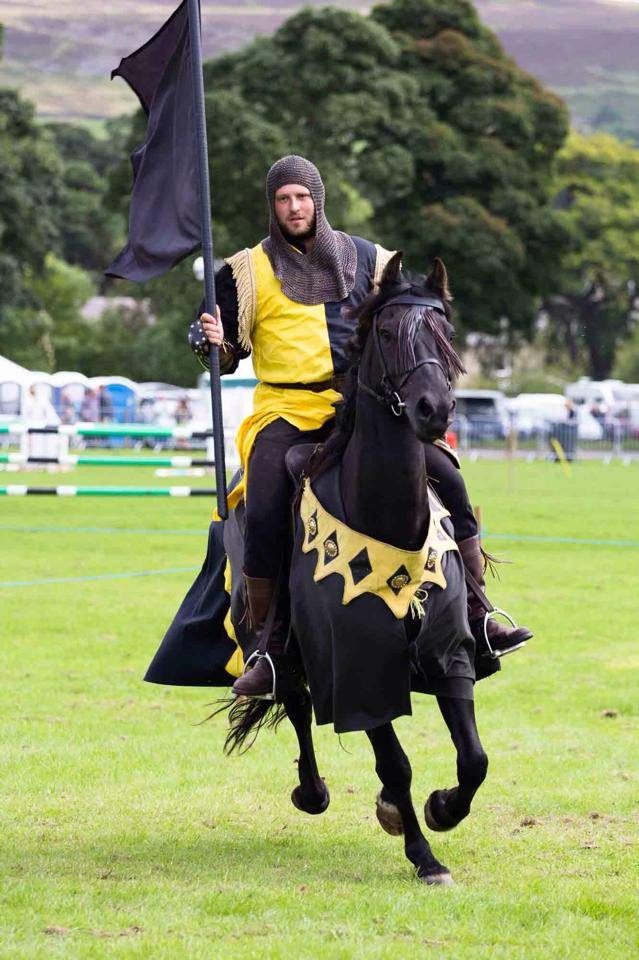 Horsemen of the Knight are a team of professional stunt riders. If you think you recognise any of them then you probably do – regularly working in the Film and TV industry on productions such as; Game of Thrones, ITV’s Beowulf, TV’s Merlin, King Arthur, War Horse, Peaky Blinders, Sherlock Holmes, Guy Richies King Arthur film, Victor Frankenstein and many many more.
For Astwood Bank Carnival they will be providing several shows throughout the afternoon featuring jousting, amazing horse riding skills, and there may even be the occasional fight break out between the knights! Make sure you come along to the Carnival field from 14:00 onwards on Saturday 14thJuly and join in the fun.

After last year’s amazing scenes of a Lancaster Bomber swooping down over the carnival crowds we are very hopeful that this year we will be getting a flypast by a Hawker Hurricane. Due to weather and operational requirements we can never guarantee these flypasts but if we all together cross our fingers you never know! We also can’t give you a time it will come over as we only get a few minutes notice ourselves! Keep your eyes peeled and cross those fingers! 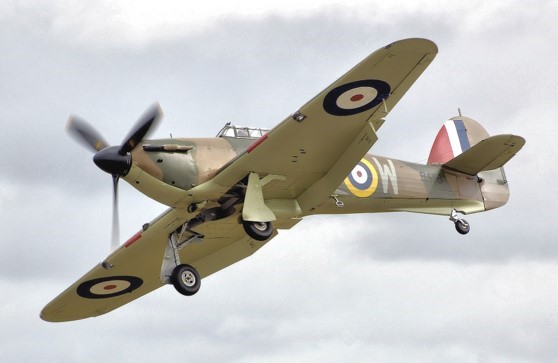 The Hawker Hurricane saw service with the Royal Air Force  during world war two and was critical to the RAFs success in the Battle of Britain in 1940. Although overshadowed in the public consciousness by the Supermarine Spitfire‘s role during the Battle of Britain , the Hurricane actually inflicted 60 percent of the losses sustained by the Luftwaffe in the engagement. The Hurricane went on to fight in all the major theatres of The Second World War.

The Hurricane originated from discussions during the early 1930s between RAF officials and British aircraft designer Sir Sydney Camm. Despite an institutional preference at the time for biplanes and repeated lack of interest by the Air Ministry, Hawker chose to continue refining their monoplane proposal, which resulted in the incorporation of several innovations that would become critical to wartime fighter aircraft, including retractable undercarriage and a more powerful engine in the form of the newly developed Rolls-Royce Merlinengine. In late 1934, the Air Ministry placed an order for Hawker’s “Interceptor Monoplane”. On 6 November 1935, the prototype Hurricane, K5083, performed its maiden flight.

In June 1936, the Hurricane was ordered into production by the Air Ministry; it entered squadron service on 25 December 1937. The manufacture and maintenance of the aircraft was eased by its use of conventional construction methods, which enabled squadrons to perform many major repairs themselves without external support. The Hurricane was rapidly procured prior to the outbreak of the Second World War in September 1939, when the RAF had 18 Hurricane-equipped squadrons in service. The aircraft was relied upon to defend against the numerous and varied German aircraft operated by the Luftwaffe, including dogfighting with the capable Messerschmitt Bf 109, across multiple theatres of action. 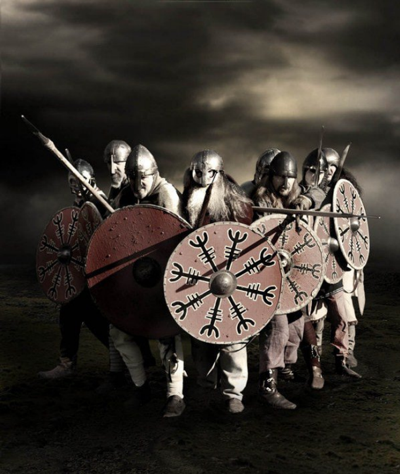 This Viking re-enactment group, with over 20 years of experience will be setting up camp on the Carnival field so you’ll be able to see how they lived when the Vikings ruled parts of Britain. The group will also be entertaining us with a 30 minute battle re-enactment in the main arena.

Here’s the final plan! All subject to change. 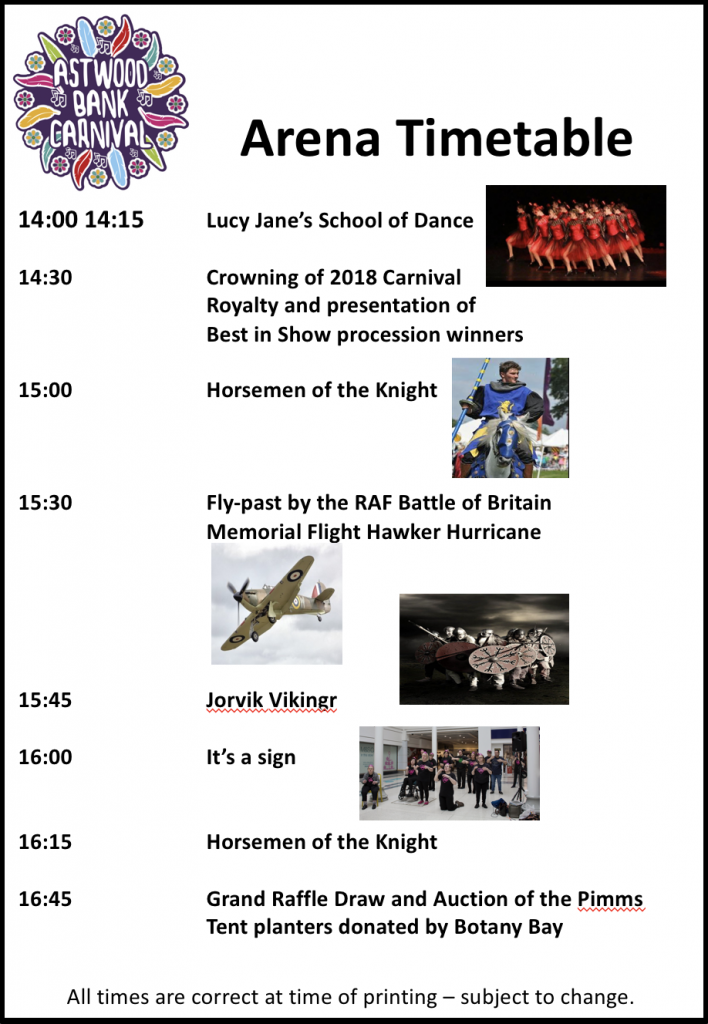